Kollam district is divided into two revenue divisions having three taluks each under them comprising of 104 villages.

Kollam district is situated on the south west coast of Kerala. The district has an area of 2,491 sq.km which is about 6.48 per cent of the total area of the State. The coastal length of the district constitutes 37.84 km. One third of the total area of the district is forest area. On geographical basis, district can be divided into three regions – high land, mid land and lowland. Karunagapally taluk and Kollam taluk partially stretches in the mid and low land regions. Kunnathur and Kottarakkara taluks completely lie in the mid land region whereas Pathanapuram and Punalur taluk lie in the high land region.

Kollam (erstwhile Quilon), one of the oldest sea port towns of Kerala, has a long history of commerce from the days of Phoenicians and the Romans. Chinese settlements flourished in Kollam during the reign of Desinganadu Rajas. The Portuguese were the first Europeans to establish a trading centre at Kollam in 1502 followed by the Dutch (1661) and the British in 1795.

Out of the total geographical area of 2,48,788 hectares, forest occupies 81,438 hectares and total cropped area is 141576 hectares. The following are the important crops grown in the district.

Kollam is immensely rich in mineral resources. The beach sands of the district have concentration of minerals like ilmenite, monosite and bauxites and has lime shell deposits in Ashtamudi lake. Kollam is famous for cashew industries. There are several cashew processing units in the districts. The Kerala State Cashew Development Corporation Ltd., a Government of Kerala undertaking has its head quarters in Kollam and serves as the nodal agency for cashew processing industry. Another government organisation in this field is CAPEX, which is part of the co-operative sector. Out of 151 cashew factories in the district, 27 are under KSCDC and 10 under CAPEX.

The district is connected to other parts of Kerala and India through State Highways National Highways (NH66, NH183, and NH744), village roads and rail network.

Health institutions in the district 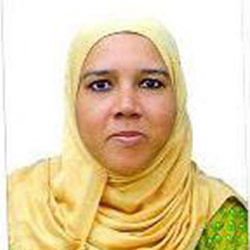 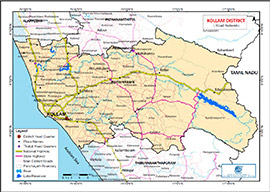