According to the 2011 census, Malappuram district has a population of 41,12,920. The district has a population density of 1,158 inhabitants per sq. km. Its growth rate of population over the decade 2001-2011 was 13.39 per cent. Malappuram has a sex ratio of 1096 and a literacy rate of 93.55 per cent. Malapuram has the highest fertility rate in Kerala. Muslims (68.53 per cent) constitute the majority of the population, followed by the Hindu (29.17 per cent) and Christian (2.22 per cent) communities. Malayalam is the main language of the district.

Bounded by the Nilgiris hills on the east and the Arabian Sea on the west, the district of Malappuram is remarkable for its unique natural beauty. The district lies in northern Kerala and is bounded on the north by Wayanad and Kozhikode districts, on the northeast by Tamil Nadu, on the southeast and south by Palakkad district, on the southwest by Thrissur district, on the west by the Arabian Sea, and on the northwest by Kozhikode district. The district has a geographical area of 3550 sq. km, which is 9.13 per cent of total area of the State and ranks 3rd in the State. The district is located at 75oE - 77oE longitude and 10oN - 12oN latitude on the geographical map. Four important rivers of Kerala flow through Malappuram district. They are Chaliyar, Kadalundippuzha, Bharathapuzha and Tirurpuzha. Sea Coast of the district extends to 70 km with a minor port at Ponnani.

Before Indian independence in 1947, Malappuram was a part of Malabar district in the Madras Presidency of British India. The area covered by the present district was administered as a part of Kozhikode, Ernad taluk, Valluvanad taluk and Ponnani taluk. On November 1, 1956, Malabar district was merged with Travancore-Cochin to form the State of Kerala. The new district of Malappuram was formed with four taluks, Ernad taluk, Perinthalmanna taluk, Tirur taluk and Ponnani taluk. Three more taluks, namely Tirurangadi taluk, Nilambur taluk and Kondotty taluk, were formed later.

Malappuram district comprises a vast wildlife collection and a number of small hills, forests, little rivers and streams flowing to the west, backwaters and paddy, areca nut, cashew nut, pepper, ginger, pulses, coconut, banana, tapioca, and rubber plantations. Conolly's plot, the world's oldest teak plantation, is located at Nilambur in the district. Nilambur is also known for Teak Museum. Tirur Vettila, a type of Betel found in Tirur, has obtained geographical indication tag. Out of the 3,554 sq. km area of district, 1,034 sq. km (399 sq mi) (29 per cent) constitutes forest area. The northeast part of district has a vast forest area of 758.87 sq. km (293.00 sq mi). In this, 325.33 sq. km (125.61 sq mi) is reserved forests and the rest is vested forests. 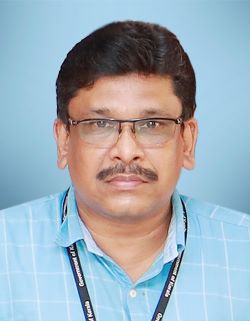 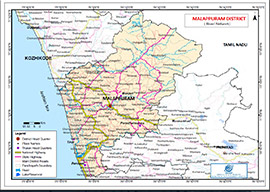