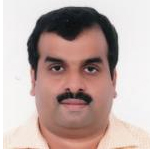 Sri S S Nagesh serves as Chief of Agriculture division since August 01, 2018.He is an Alumnus of Kerala Agricultural University (1993 Batch, BSc(Agriculture) and holds an M.Sc(Agri) in Agricultural Economics and CAIIB from Indian Institute of Banking and Finance, Mumbai. Prior to joining the State Planning Board, he was the Assistant General Manager in the Rural Development Banking Service(RDBS) of National Bank for Agriculture and Rural Development (NABARD) in different States. He had also served as the AGM/District Development Manager of NABARD in Kannur district, Kerala.He was Economist in Oriental Bank of Commerce, New Delhi and also with Indian Council of Agricultural Research, New Delhi. He has played lead role on Development Banking, R&D in Agriculture, Watershed Management in Maharastra, Handling of Vidarbha Distress Mitigation Packages, Production and Investment Credit Operations of Cooperative and Regional Rural banks, Banking Supervision of the Cooperatives and Regional Rural Banks. He had also worked as the Lead of NABARD Consultancy Services (NABCONS), Haryana. As part of NABARD, he played a major role in establishment of Farmer Producer Organisations in Kerala. He has received international training from APRACA-CENTRAB, Manila, Philippines on Micro Enterprises Development. He was also deputed by Government of Kerala for Training-cum-Exposure visit on agri-business, agro-processing and cooperatives at Montabaur, Germany in coordination with with Academy of German Cooperatives (ADG) Germany.

Consultation on methodologies for measuring State-level economic losses in the context of the Covid-19 pandemic held on May 2, 2020

Workshop for preparation of a special package for post flood Kuttanad